Last weekend we had a great day at the Finnish Chart Polski Club's championships. 4 cp's were attending. Bora won the championship with 508p got her second coursing CAC and was also Best in Field!!! Falcon (Rymwid Celerrimus) became second with 470p, got his last coursing cac and became Finnish lurecoursing champion! Third was Rokka (Highwind Cristallo di Rocca) with 443p (only 7 points from CAC...) and Uncharted Terracotta was 4th with 396p. Thank you all for the nice day! 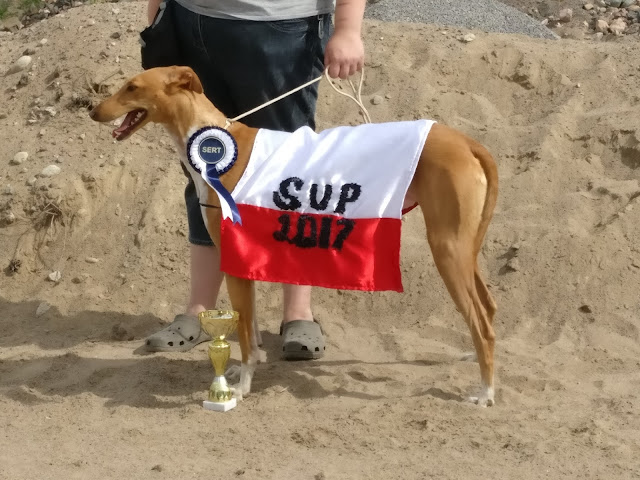 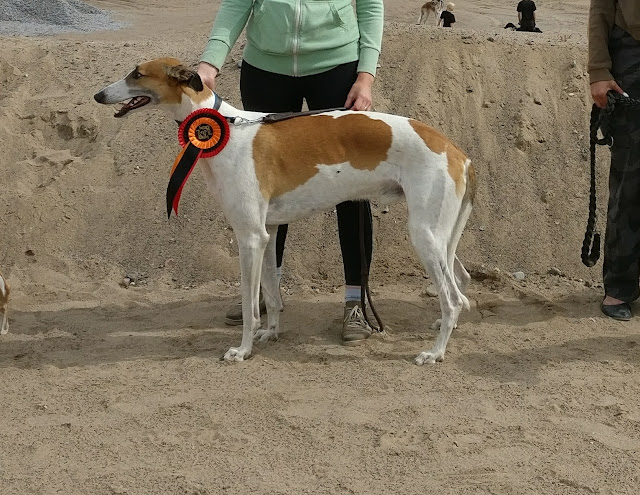 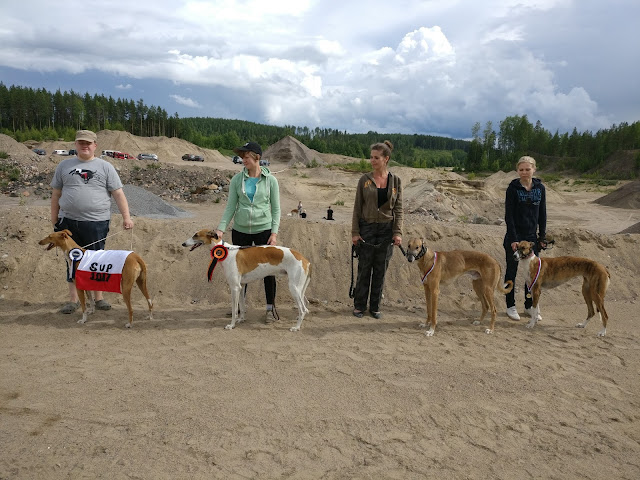 Elsa was today at the Pori INT dogshow. Judge was strict Unto Timonen, but Elsa got EXC1, CQ, CAC, CACIB and BOB! With this CAC she also became Finnish Champion.
Lähettänyt Katariina klo 10.03